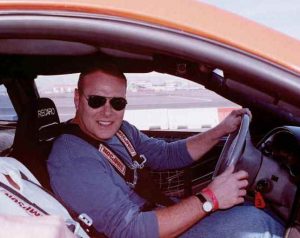 Mr. Michael co-founded and owned the Telluride Baseball Camp for 10 years where he coached thousands of youth players.  He went on to coach many more years in other baseball summer camps.

Steve graduated from Arizona State with a Bachelor of Science degree in Economics and subsequently earned a Masters of Business Administration degree from the University of Phoenix.

Steve has worked for small, medium, and large sized companies, as well as, starting three small businesses in a fifteen year period.

How To Play Baseball Outfield is his first book.  The 1957 Corvette RestoMod is in progress with several chapters available for purchase.